Super quick update as I have a few long winded posts I will make live in the next week but I just wanted to share a few bits and bobs with you. Some of you may know that I work in digital marketing and digital PR. As it is a bit of a niche subject I go to the trouble of discussing what digital PR actually is over on the Drum website, because I like to teach people and most of all, I adore the sound of my own voice – even if it is just people reading the article in my voice.

I also pop up one of their Vox pop discussions about how much control we should give influencers in our influencer marketing efforts. You know me, always available to give an opinion so I was happy to do it. Delightfully, the amount of messages I’ve received following this article has been fabulous, albeit mostly people asking me what hair dye I use.

I am a natural orange thank you very much.

Let me know your thoughts and questions below BBz as I adore feedback and it makes me feel special and important. If you need more of me in your life – and why the devil not? You can, of course, follow me socially on Twitter, Facebook and Instagram and for more professional endeavours you can follow me here. 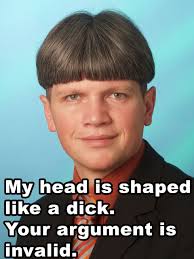 I recently had a bit of a catch up with a good friend of mine, Steve Todd.

I met Todd at university and it’s been a cornucopia of creativity ever since, not only is he the owner of one my fave accents ever ( my friendship group are a diverse sounding bunch!) But also a great sense of humour and work ethic. I’m poping down at the start of March to cause further Carnage but in the meantime I got him to tell me a bit about what he has been up to-

Hi Steve, how ya doing? Tell us a bit about your self –

I’m doing fine thank you. I’m 27 years old and I live and work in London. I currently work under the ‘Sit-up Channels’ filming for Bid Television, Price Drop TV, and Speed Auction. I also have my own broadcast set up and editing suite where I work freelance doing corporate productions, music videos, spoken word/poetry videos, and most recently fashion editorials. I do whatever work I can get my hands on! The more experience the better!

Oooh exciting stuff, so what have been your most recent escapades?

Jada “My future wife” Sezer. ( I am in noway jealous of your life Todd!)

Why do you do what you do?

I love to film and edit because it really gives me a buzz, and there is no other industry I would rather work in than media. Working for Bid Tv doing live studio camera operations is great, its creative, versatile, and so much fun. Plus you get to learn so much! Its a great starting place if you want to persue a career in TV studio operations.

In terms of the extra work I do, i.e. fashion editorials, these are so much fun. You meet so many interesting people from all over the world.

Do any factors affect the choices of materials you use?

Sometime yes, depending on the weather, the materials around me, i.e exterior or interior. Sometimes different lighting needs to be used etc.

What pitfalls have you come across in the industry?

Pitfalls/negatives? Well I find that it can be very hard getting your ‘foot in the door’. This is certainly the case within the fashion industry. I was lucky enough to film the Ideal Home Show, where I filmed a catwalk and interviews various models. From here I managed to network with them.

Success is different for everyone. I would say being successful is all to do with how you feel as an individual. Success to one person might be getting a job filming for the BBC, and for others it may be releasing their first feature film. I guess everyone has a goal, and once you reach that goal, then your successful, as you achieved what you set out to do.

So what’s next Mr Todd?

I’m filming London Plus Size Fashion Week, which starts on Friday 15th Feb. I am hoping to continue working within fashion, doing fashion editorials for Jada Sezer and other models, and hopefully push that side of things forward.

What advice would you give just starting out?

I would say, for anyone starting out in media, do as much work as possible when given the opportunity. At first you will find people will want to test your skills so may offer you free work. Take it! After a while you will start getting paid work.

Its very tough at first, especially freelance film making. Just follow your dreams and push really hard for what you want. Use websites such as Mandy.com for work experience and also paid work. Be versatile, and do your research if your going into a project with little experience.

Finally, Any internet/artist/music/something of interest that we simply need to know about? ( completely pot luck we’re open to being introduced to anything here at BP )

-and good websites for media work.

Contact me sometime!
Thank You Steve!
More from Steve to come in the very near future. If you have any questions comment below and I will get Mr todd to answer them for you asap.
Laterz BBz xX